SDN EP: 113 – Swagger – How To Become Everything You Want With Leslie Ehm

Do you think you suck at everything?

My Easy Hack When I Don’t Feel Like Doing Jack

Far too often does the process of making bad choices, unethical choices, begin with a simple almost thoughtless decision.  How do I know?  I am living proof that good people can make really bad choices and profound doesn’t come close to describing the experience.

“Never in my wildest dreams did I see this coming. When I first started “borrowing” from my client I had every intent of paying back what I took. Heck, I did pay some of it back…at least at the beginning!” Those were the words I shared as I openly confessed that the life I was living was, for the most part, an illusion. Truth be told for all my legitimate successes, I had over time become no more than a liar and a thief. My choices created consequences that he never dreamed were possible.

Some people have advised that I should not be so transparent, especially when writing an article for such a prestigious organization.  By my recantation of my ethical fall is all too common. People who fold their arms stating “I would never do something illegal much less unethical!” find that what triggers inappropriate behavior is a basic part of human nature.  We are all subject to temptation and therefore can and do make bad choices.  I am but an example.

If bad choices lead to tough consequences, what can we do to identify bad behavior before it starts? What can we do, as managers or leaders, to prevent unethical choices from being made in the first place? Those are two very profound questions, both of which are at the heart of why it is critical to talk about the Human Side of Ethics in your organization

The Three Components of Bad Behavior

Research has shown that three behaviors are at the core of what would cause or allow an otherwise ethical person to make unethical and potentially illegal choices.  These behaviors are well documented and for those who are charged with detecting fraud (Statement of Auditing Standards #99) are called “the fraud triangle”

Need. Described as perceived pressure that a person is experiencing, is the first and critical component of what motives a person to stray from ethical to unethical. Need may come in a variety of forms. The person who is in too much debt likely experiences financial strain – which was the root of my need. Alice, a church secretary, found her need triggered by her granddaughter:54’s diagnosis of cancer. Infamous Bernie Madoff’s need was certainly not money; likely, he was triggered by the need to be infallible. Whatever the pressure, need is the core emotional state that starts the ball rolling from a choice that is ethical to unethical.

Opportunity. It makes no difference what your need may be if you don’t have the opportunity to satisfy it then the unethical and potentially illegal choice fails. Without Opportunity there is no fuel for the potential unethical fire. I was a trusted employee, and with that trust came opportunity. Alice was trusted, and had been for so many years that no one could comprehend she was capable of any unethical activity. Madoff took opportunity founded in trust to a new level.

Rationalization. Need combined with opportunity provides a firm foundation, but the glue that holds unethical activity together is the ability to rationalize that what is wrong, is right.  If you ask most people found guilty of unethical/illegal behavior, they will tell you they felt their actions were legitimate. Mark, for example, rationalized that he was not “stealing” money as long as his intent was to pay it back. Further, he solidified this mental game by paying some of the money back. “Surely, I wasn’t guilty of stealing money as long as I was paying it back,” he stated.

The mind can be tricky and when you combine need with opportunity, and can rationalize bad:00 behavior as good, you have the perfect storm to move from ethical to unethical, and potential illegal, behavior.

What Can Be Done to Prevent Unethical Activities?

As business managers, HR Directors and those connected with Compliance, there are clear actions we can take that can help keep folks between the ethical lines.

Look for Need! While we can’t control what needs our employees have, we can be aware of any changes or activities that would suggest an increase in need and the stress that need brings.

I was the one responsible for my unethical actions.  I was in too much debt and succumbed to the pressure of my need by turning to an unethical activity.  I blame no one, but I also have to acknowledge that if those close to me (my partners in business for example) had noticed my changing patterns of behavior their attention might have thwarted my actions.

When subconscious need is brought to light or becomes conscious, then often the outcome is reduced inclination toward unethical behavior.  So, signs to look indicating increased need are: (1) calls from creditors or personal calls intensifying at work; (2) abnormal purchases without apparent new sources of funding; (3) lifestyle changes and/or (4) marital issues or challenges with aging parents.

Need is the fuel that supports the possibility of unethical behavior.  The challenge most managers face with thinking about “Need” is to be open minded enough to consider the potential sources of “Need” so that what might fuel unethical behavior can be suppressed.

Minimize Opportunities. The most effective course of action to keep our employees and associates between ethical lines is to remove opportunities to conduct unethical activities. For example, I embezzled money from a client’s trust fund. While I am not proud of that action (now some 25+ years ago), had the bank account that I used required two signatures, the embezzlement would have been far more difficult. Think about it, with that minor change what would I do, ask the co-signer to help me steal money from the trust? The answer is simple, of course not.  So, less opportunity equals less chance for unethical activity.

A practical question is how do we reduce opportunity?  Some of the answers are obvious.  Minimize opportunities by: (1) requiring multiple signatures on checks; (2) require people to rotate job responsibilities from time to time; (3) strongly encourage employees to take vacations or time off; and/or (4) ask employees from different positions within the company to identify how people can or do act unethically.  When a person is aware that their actions are being watched or subject to being watched, the “Opportunity” factor decreases substantially.  As worn out as the line might be, people really do respect what management inspects.  Of course, management must be subject to inspection as well.

Train Rationalization. Depending on one’s internal ethical compass, what one person can easily rationalize may be a problem for another.  Therefore, as managers our role (just as important as the more analytical “Opportunity” role) is to educate our people on the significance of “Rationalization” identifying what it sounds like and when it might appear.

When employees hear what rationalization sounds like, when we bring to consciousness what is active in the subconscious, it becomes far easier to support each other in our ethical choices. At a recent ethics seminar an attendee commented, “But everybody does it.” As those words were spoken, another participant yelled out, “Rationalization!” The crowd erupted in laughter as people began to see just how simple and easy it is to rationalize the “little things”. And, when we rationalize the little, the larger unethical choices become easier to swallow.

Every business or organization needs to remember that the creation of an ethical culture is exemplified in the actual behavior and attitudes of all team members.  The question is not so much whether you talk the talk (in policy documents, training materials or video or webinars), but rather whether you walk the walk.

Want to create a culture of ethical behavior in your organization? It’s easy if you think about it. When you start by understanding how good people make bad choices, and follow it with an effective ethics-training program that reinforces ethical choices and accountability, you have a recipe for success. Every choice has a consequence. What choices do you make for your organization to help keep your most valuable assets between the ethical lines?

About the Author
Chuck Gallagher is the President of the Ethics Resource Group and an international expert in business ethics. Chuck provides training, presentations and consultation with associations and companies on ethics and creating ethical cultures where people do the right thing, not because they have to, but because they want to!  Information can be found at http://chuckgallagher.com or Chuck can be reached via email atchuck@chuckgallagher.com. 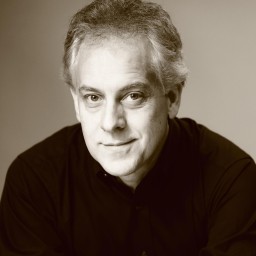